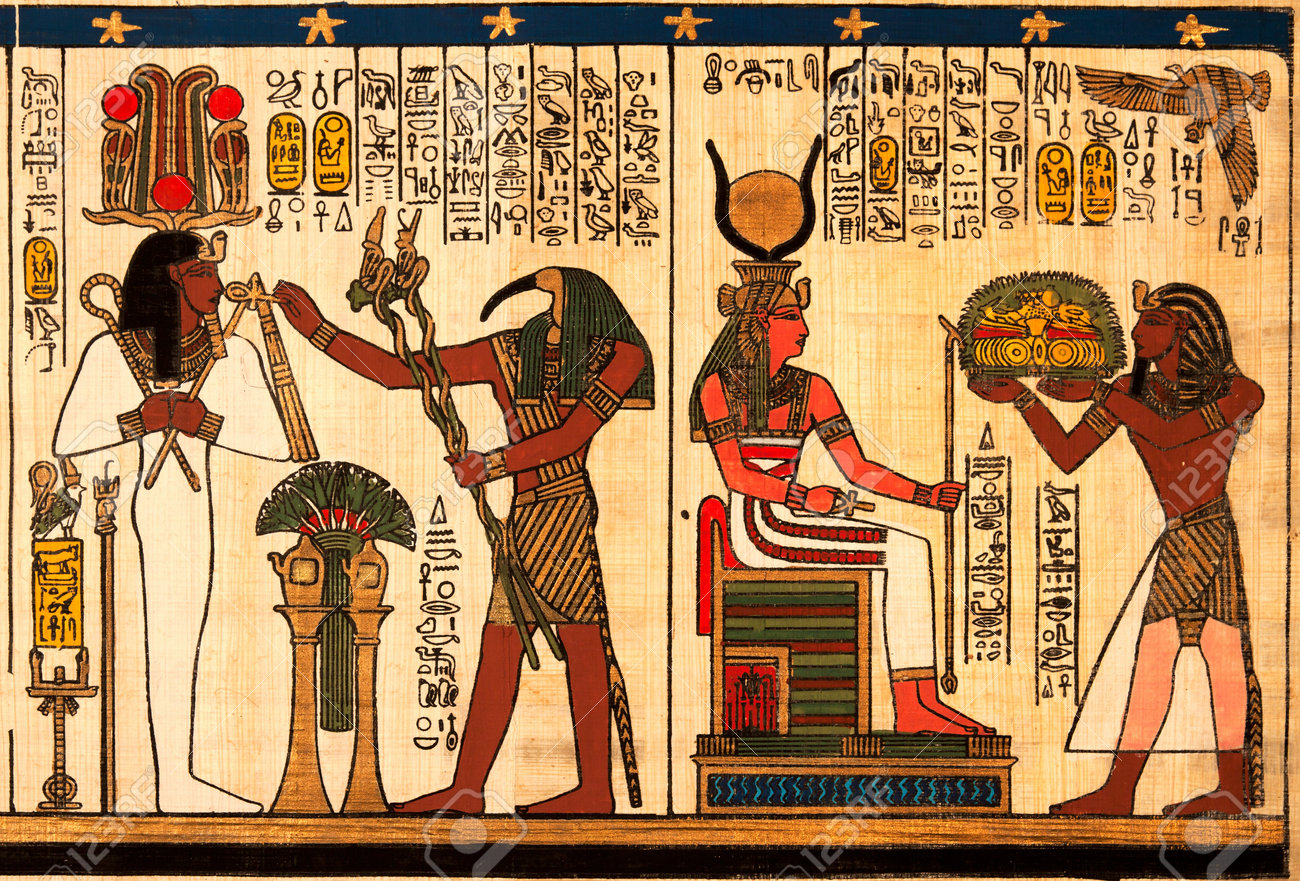 In this blog, I offer a view of the progressive v traditionalist dichotomy through the lens of structure, culture and agency. I am going to argue that ideas can exist as material objects in the social world. There is a proviso; the ideas must have the potential to be understood.

Consider hieroglyphics; for a considerable period no one understood them.  The ideas they contained existed on the walls of caves and in parchments, but not in the minds of human beings. Ideas exist outside of the human mind as long as  they have the potential to be understood.

Someone eventually did work out the meaning of hieroglyphics but the people who wrote them are long gone. Their meaning, as originally intended, is not necessarily the same as the cultural meaning attributed to them in the “here and now”. Hieroglyphics are material fact but they are also an interpretation.

Many books contain ideas that are subject to contention; different societies have different cultural interpretations. The great religious works are classic examples of ideas that are poured over and interpreted in many ways.

I would argue that the traditionalist / progressive divide is an argument between ideas as material, or social, facts on the one hand, and as cultural or subjective interpretations on the other. Clearly, we are talking in relative terms but traditionalists favour the former and progressives the latter. Meaning emerges from the same text  but it is the analytical lens through which the text is viewed, which determines whether meaning is progressive or traditional.

The traditionalist places emphasis on knowledge, mastery, memorisation and compliant behaviour because that is what is required to learn material or social facts. Progressives on the other hand value interpretation, critical thinking, less formal social relations and the ability of students to exercise some agency over their learning; that is what is required to interpret bodies of text.

It’s no co-incidence, arguments about ideas and their interpretations have riven the philosophical world since the days of Plato and Aristotle later dividing the idealists and empiricists.

The Bible as an example

The bible is a book full of ideas. It was, however, compiled hundreds of years after the individual parts were written. It is unclear who wrote the individual parts and why. Indeed, no one person knows the Bible, even if one person memorised the words they could not claim to understand their meaning. The bible is interpreted and contextualised at the point in space and time when it is read. Those interpretations are constrained, however, by the existence of a written body of text; you can’t just make stuff up.

It is an example of structure, culture and agency. Firstly, it is maintained by a hierarchical structure of social groups intent on imbuing it with social relevance. Secondly, it has cultural meaning. Finally, individual agents interact with it and derive meaning from it, often what is in the bible bears little resemblance to the cultural meaning given to it by society.  The bible is regarded both as fact and as an interpretation by different groups.

The problem for traditionalism: power, subjectivity and context

Traditionalists suggest a cannon, the best which has been thought and said but is it possible that a canon can represent the enormity and diversity of the cultural domain?

There is simply too much knowledge and too many fields and knowledge is often contested. There are also power relations to be considered. Can you extricate the ideas in the bible from the power relations that construct it? Are the ideas within it as important as some would suggest? Some books are less easily challenged than others; such is the ferocity that the ideas are defended.

The problem for progressives: it’s all relative

Progressives favour an approach based on thinking skills and critical reasoning, Students are taught to access, and engage, with knowledge that is complex, stratified and the subject of much contention. The emphasis of the progressive is not the idea but the ability of the individual agent to interpret it.

The problem of the progressive approach is its complexity. How are we to judge individual interpretations of an idea? judgement is itself an interpretation. Progressives are in danger of collapsing knowledge in favour of relativistic concepts of meaning. There are no social facts only cultural interpretations.

What determines the progressive or traditionalist approach is where the emphasis is placed. Neither Progressive nor Traditionalist has resolved satisfactorily the issue of 21st-century knowledge. There is always going to be ideas and subjective interpretations of those ideas. You cannot conflate the two nor can you do away with one, or the other.

Emphasis will also determine the type of teaching adopted. The method will be the same: direct instruction, group work etc, but the “why’s and wherefores” will be different. There are no winners or losers in the Traditionalist v Progressive argument; however,  there is a balance to be struck that will always be contentious.

This blog has been updated. Its original title was; on the difference between Traditionalist and Progressive approaches to the curriculum